Life is so full. Sometimes you just have to sneak some time out of the middle of a busy day and run away. Teach asked my sweetie to give a talk to her 6th grade class about his dad and WWII, so we checked out the elementary-aged kids from school, stopped by Teach's school, and then headed off on a grand adventure. 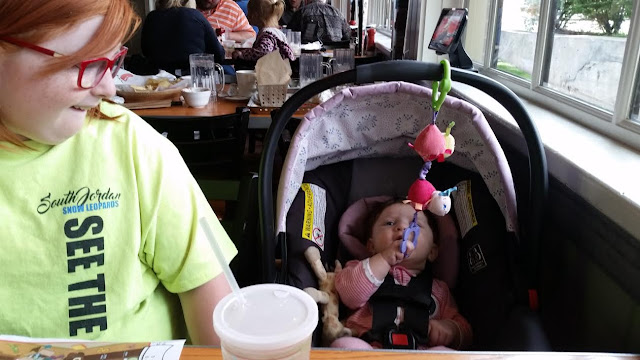 It was our first time out with Twizlet, but she did great. After lunch we drove straight to Layton to one of our kids' favorite places, the Seaquest Aquarium. Baby Doll was just so excited to see the mermaids again!

It wasn't nearly as crowded this time and other than a school group, we could spend all the time we wanted in each area. My sweetie still didn't want to go in the bird cage even after we saw them land on the head of the guy in the blue Seaquest shirt... 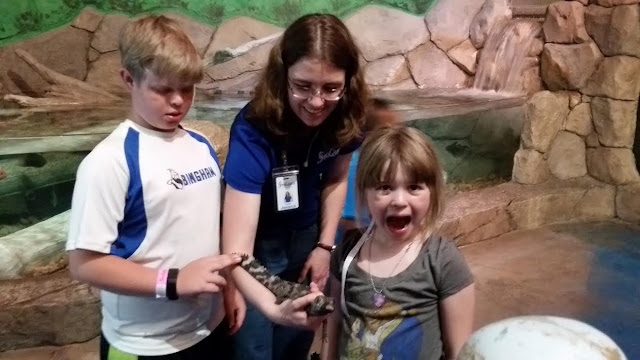 We spent our tokens feeding the fish and watching them jump. The kids were a bit disappointed that we only saw one mermaid and she was just posing for pictures, not swimming. When we asked one of the workers, he said they were in a transition period of new mermaids and they were not quite ready for swimming solo, but would be in the next couple of weeks. 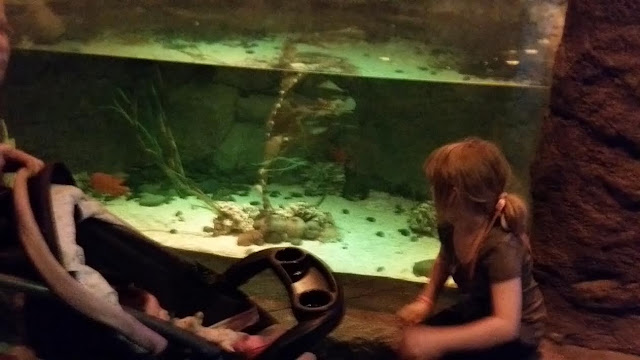 Curly was super excited to have actually touched a shark this time! But Twizlet was the most happy of all. The beautiful soft colors of the lights and the quick motion of the birds and fish had her mesmerized pretty much the entire time. 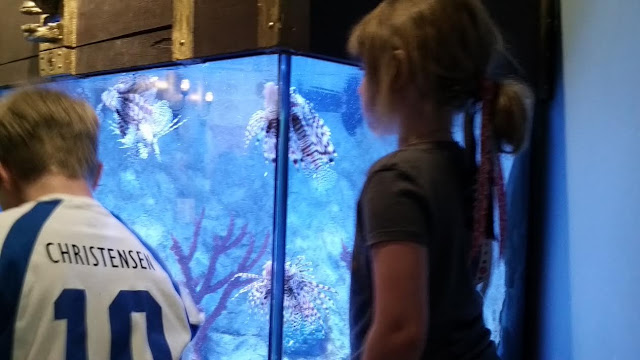 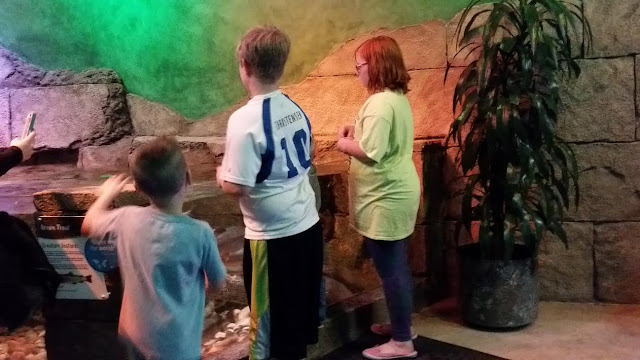 Scout wanted to buy absolutely everything in the gift shop, but we managed to get her out of there just in the nick of time with a promise of another trip later when she had more time to browse (but more importantly, bring her own money) and the mermaids would be swimming again. 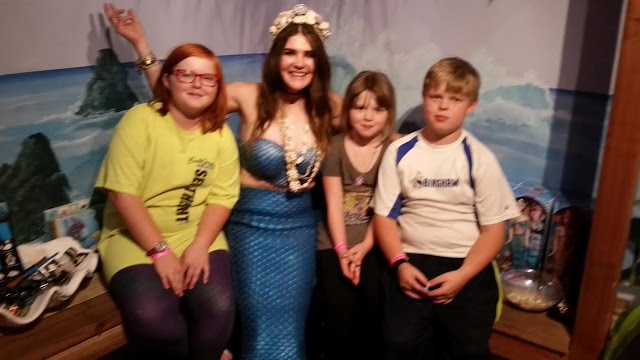