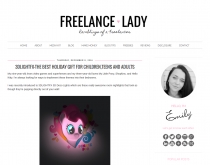 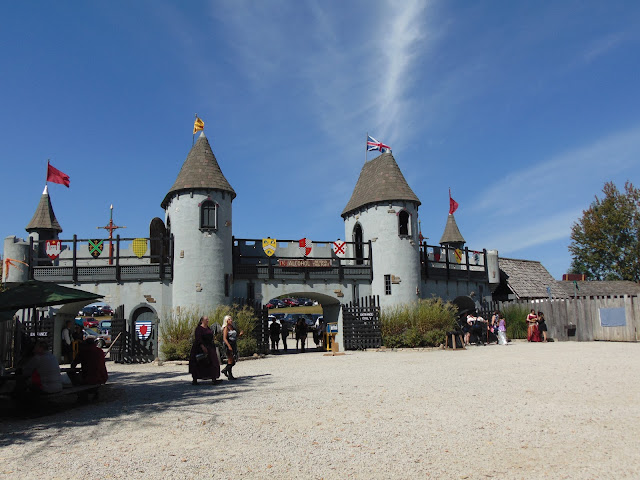 * I received four tickets to the Ohio Renaissance Festival in exchange for a review. As always, all opinions are my own. Please view my full disclosure. 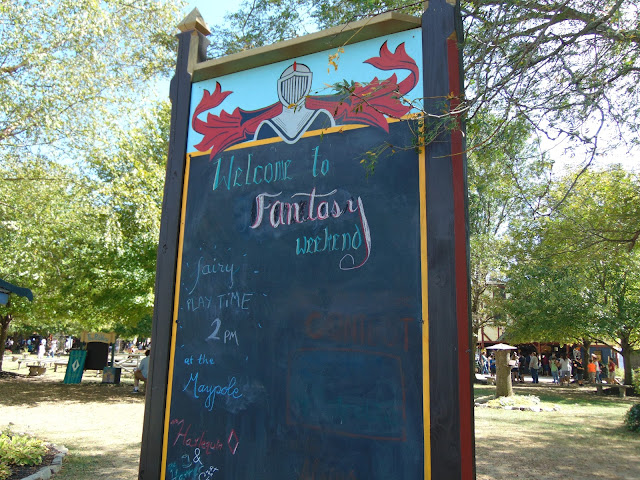 Before the faire, our daughter wanted to create her very own mask to wear — it was fantasy weekend after all — so she drew and cut out a cat. We turned it into her very own mask to show off at the festival.
Imagine her delight — a 6-year-old — when so many people told her how amazing her mask was and how much they adored it. It really made this year's festival magical for her! She was so pleased with her work, and rightfully so, as it was quite a cool mask. 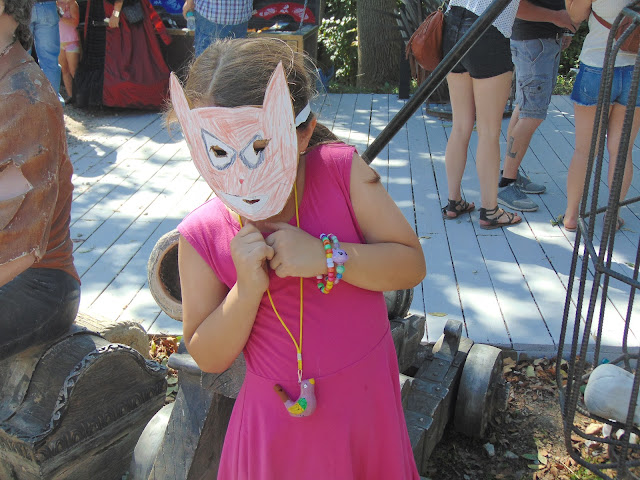 That's one of the main things that I love about the Ohio Renaissance Festival. Everyone is so kind and gracious. It's always a great crowd to be in. 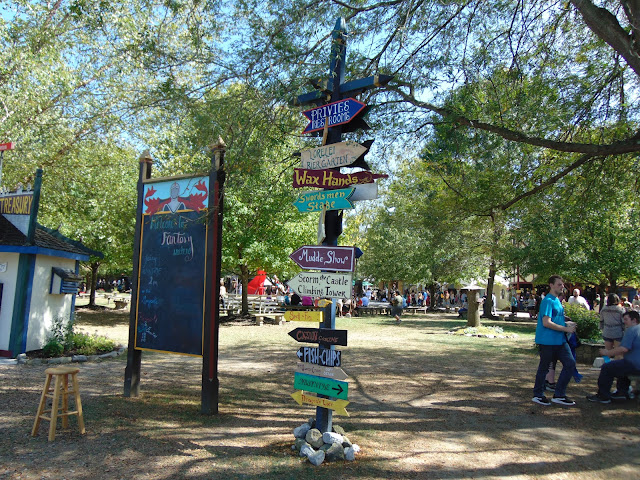 After our daughter had basked in all of the compliments about her creation, we headed toward the smell of turkey legs. If you've never been to the Ohio Renaissance Festival, the first thing you will be greeted with is the smell of delicious food.

This year, we decided to try one of the Ohio Renaissance Festival's simpler dishes so we each had a meal of Chicken 'n' Chips. The chips were seasoned and I enjoyed them quite a bit. Our son loved the chicken, which was nice and crisp on the outside and juicy on the inside. 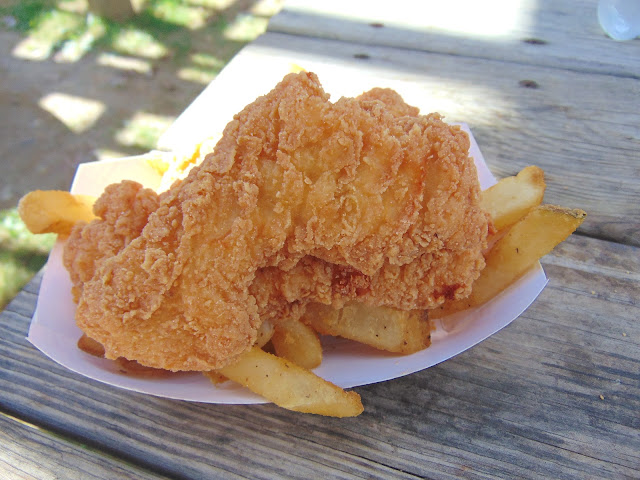 While we ate, we were fortunate enough to catch a quick show where a man juggled, told jokes, and had the crowd pretty heavily involved with his show. 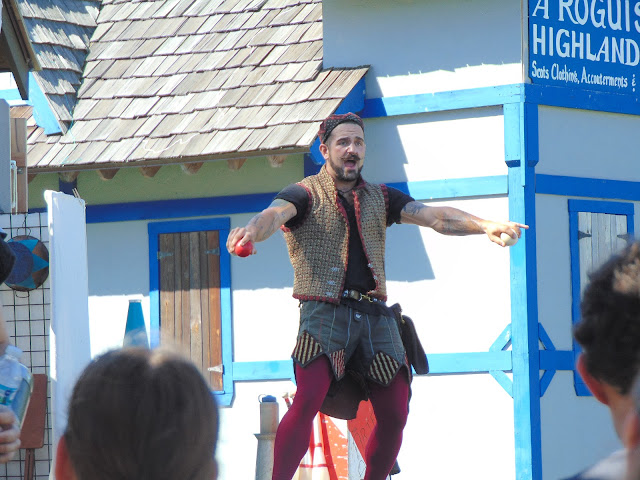 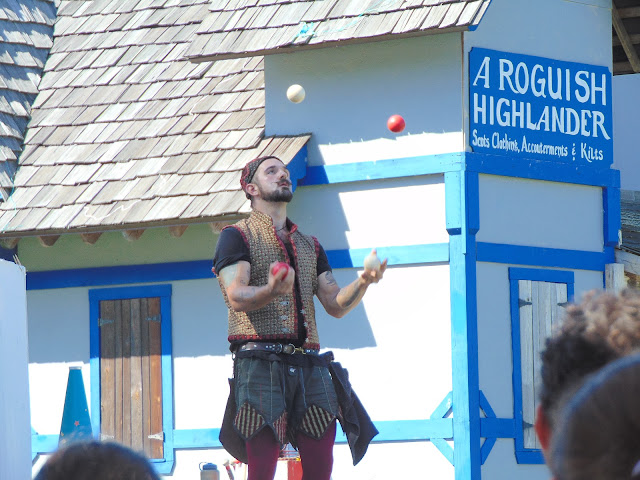 You know, the one thing that I love the most about the Ohio Renaissance Festival, aside from the people, is that it really makes you feel as though you've stepped back in time. People are in their character mode, the buildings are old, the music — literally everything about it is magical. 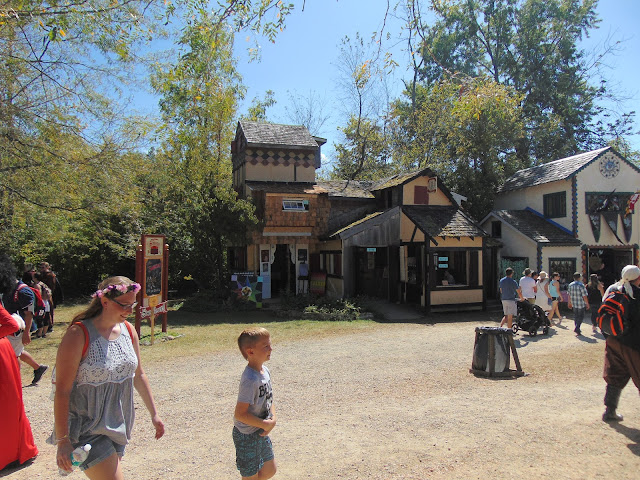 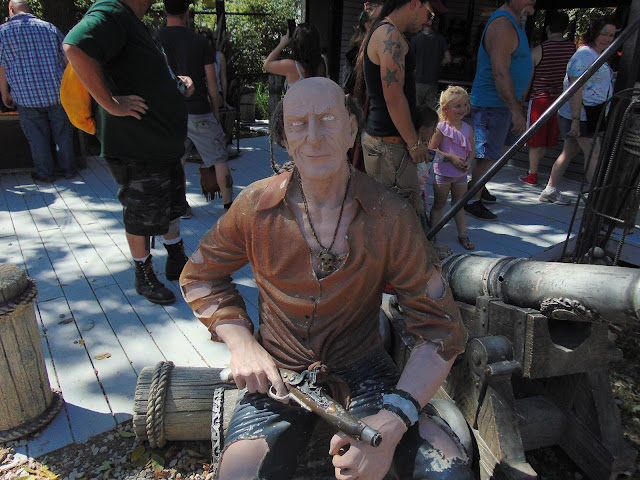 Oh, and of course you get to see weird things too, like pigs. 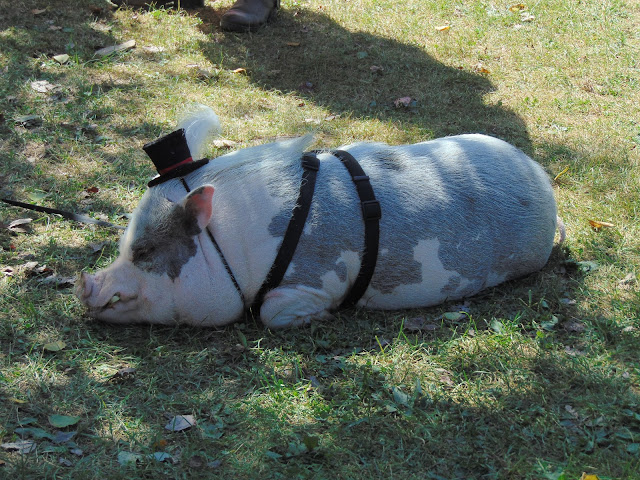 This little guy actually had a show shortly after this picture was taken. He's a true star!

As we walked along the gravel path, we were lucky enough to brush shoulders with the Queen and her entourage. You can be certain that you'll hear her coming from a mile away, as bag pipes lead the procession. 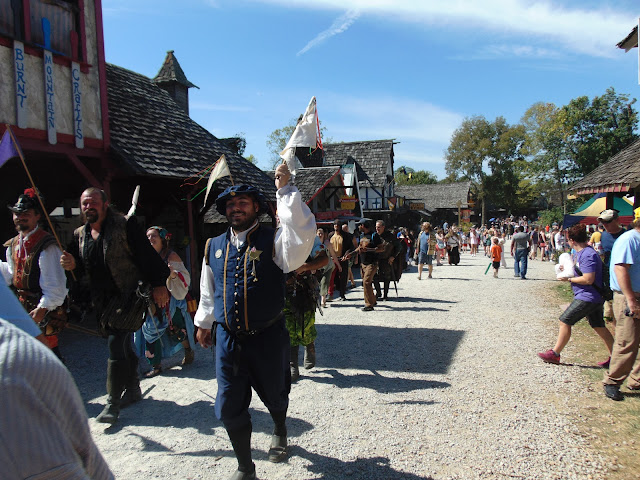 Once we had finished eating, watching shows, and marveling at the Queen, we decided that it was time to let our children enjoy the man-powered rides. This is one of the neatest things that you'll see at the Ohio Renaissance Festival. 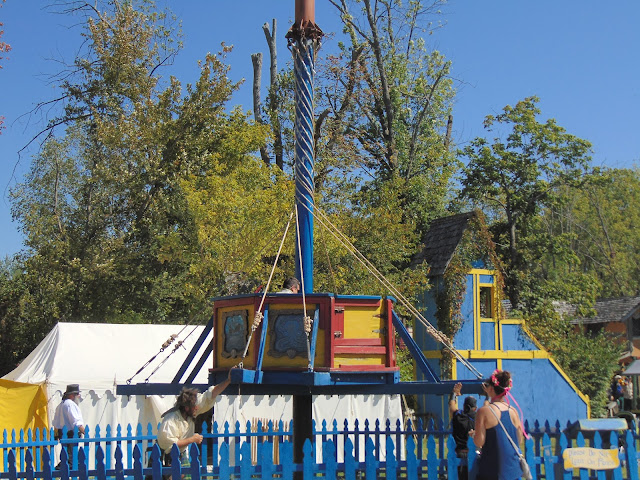 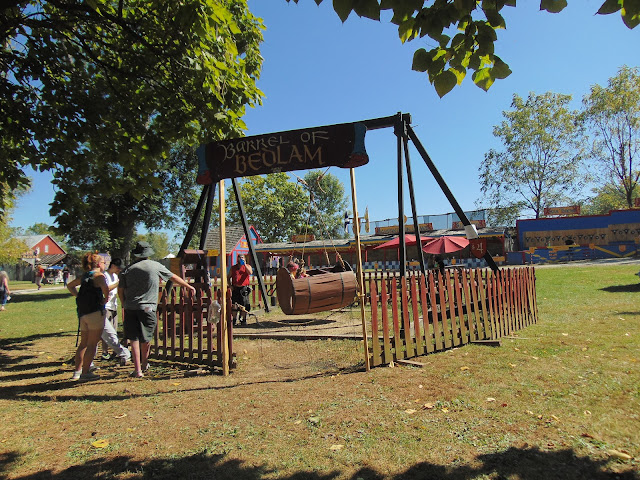 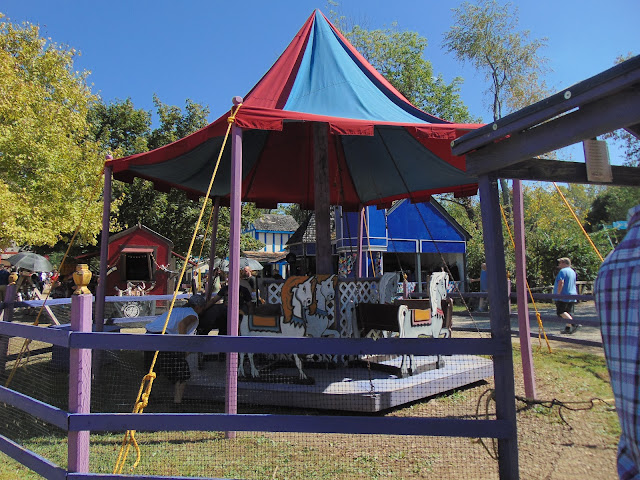 Some of the men and women powering the rides can be quite acrobatic. We've seen people jumping atop the rides as they spin and giving the riders a good scare. It's quite entertaining to watch.

The Ohio Renaissance Festival is never short on entertainment. If you're not into rides or shows, there are plenty of games to play so you can test your skills. 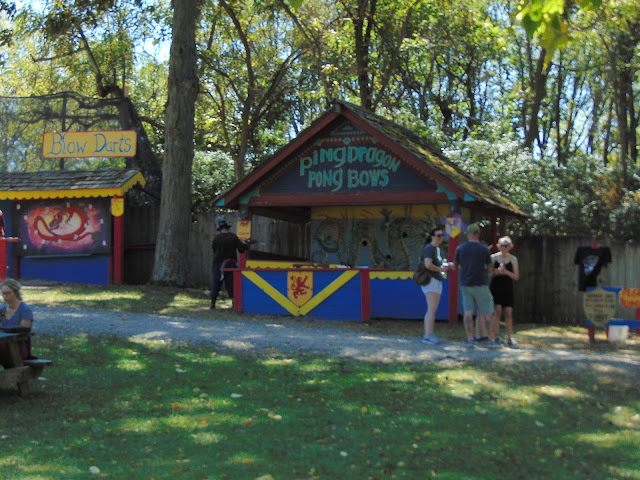 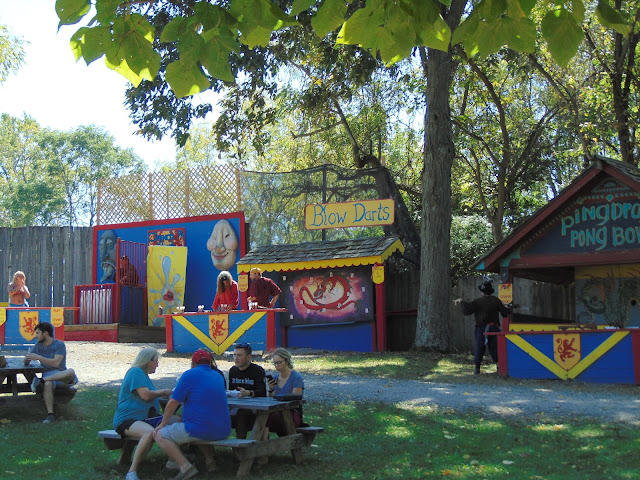 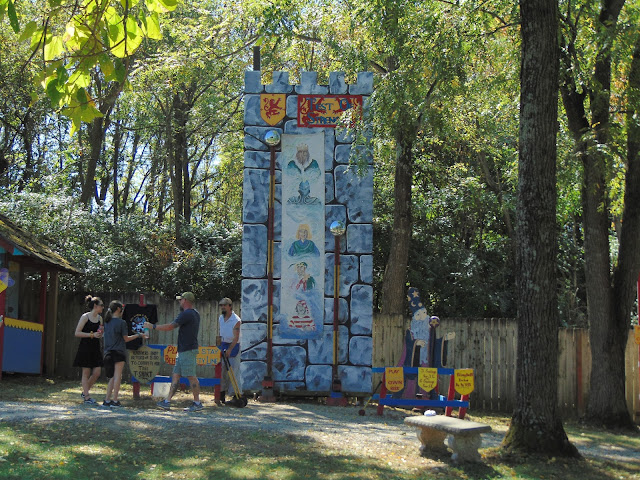 When we attend the faire, we check out shopping last. Before we do that, however, we always make sure that our children can get out any pent up anger toward one another in an old-fashioned show down: a sword fight, of course! 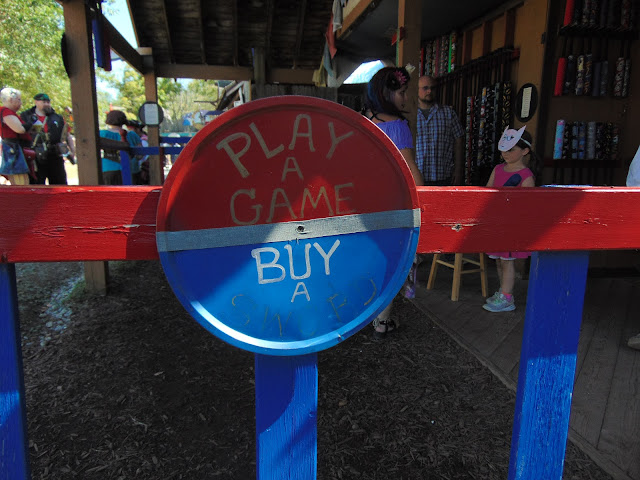 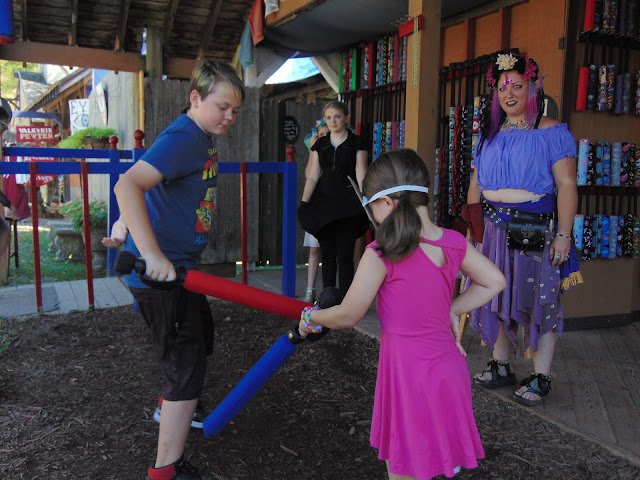 Once we were certain that our children had worked out that sibling rivalry, we went to check out the shopping.
Every year I'm amazed by all of the incredible creations displayed throughout the shops at the faire. It's remarkable. Just look at some of these handmade items. 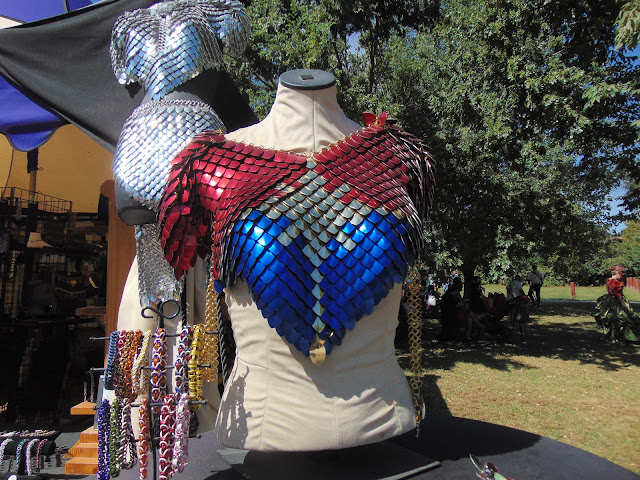 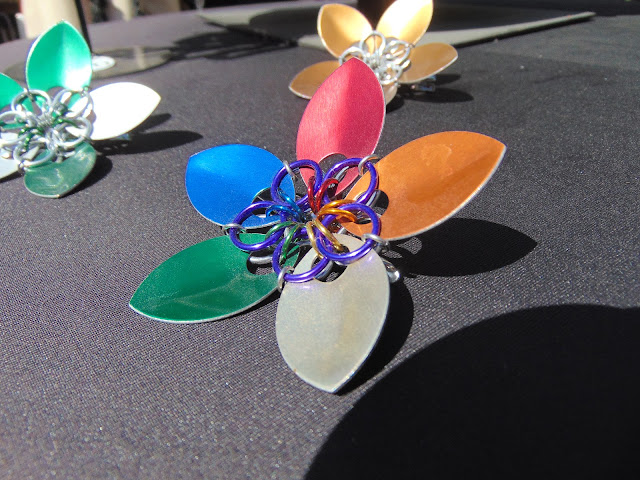 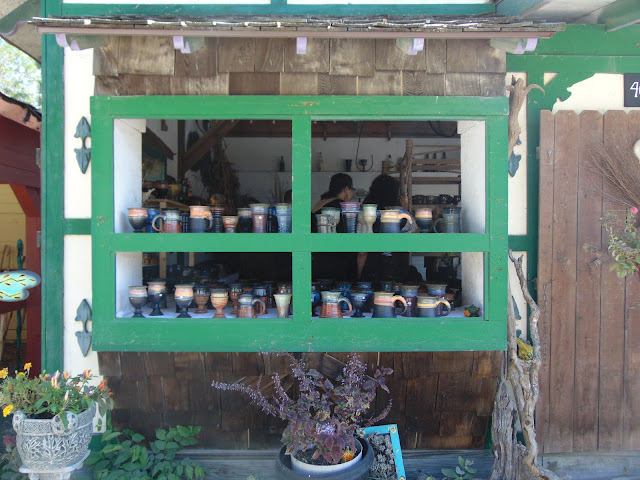 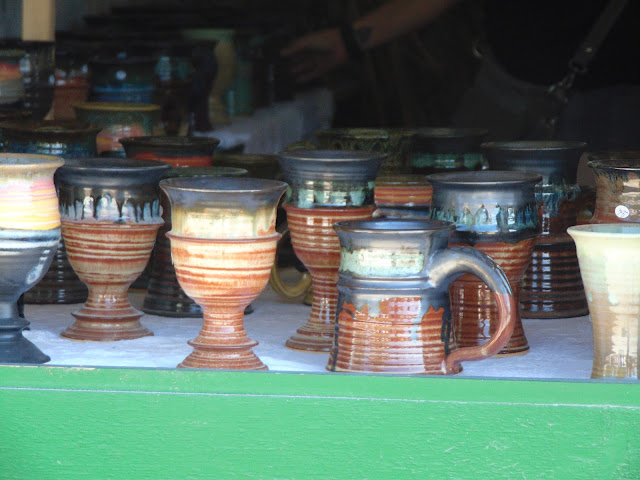 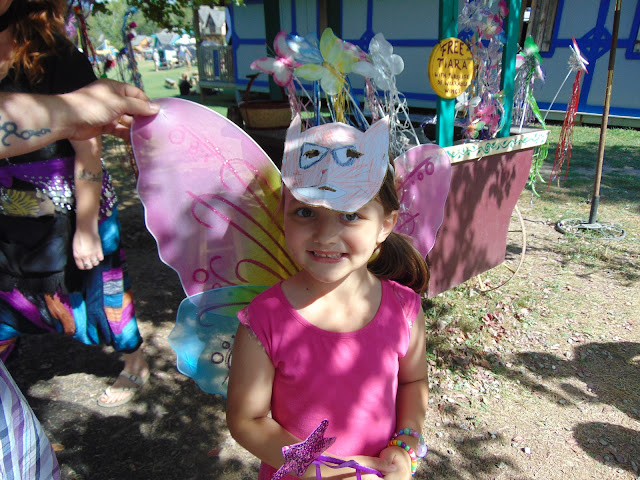 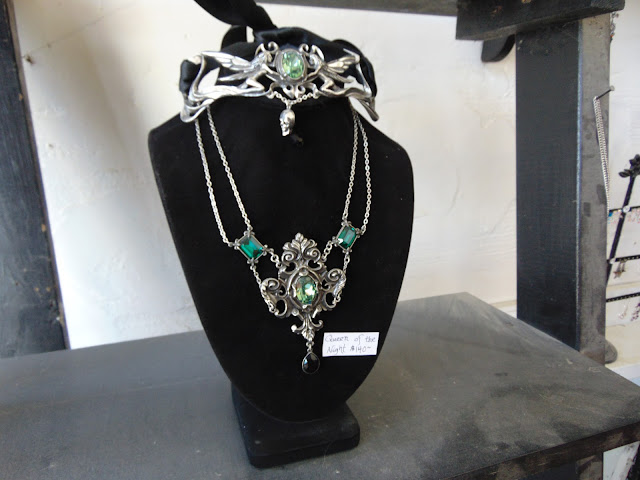 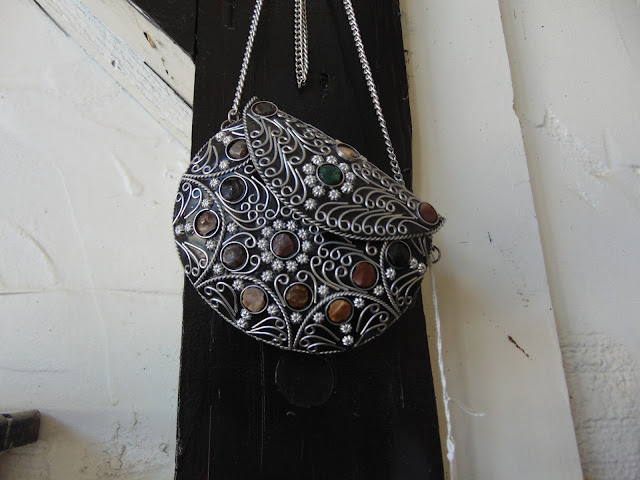 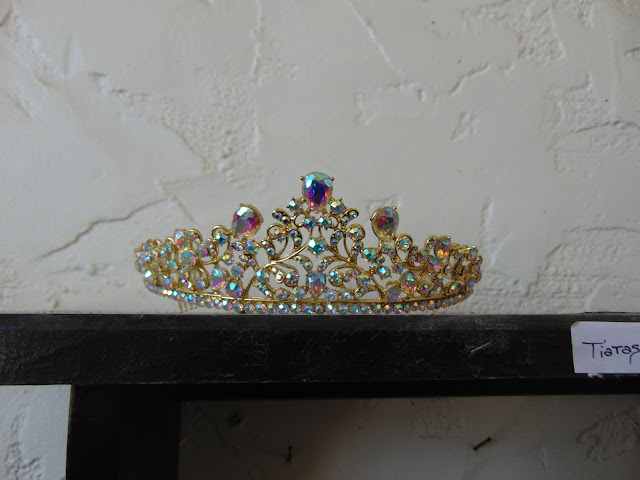 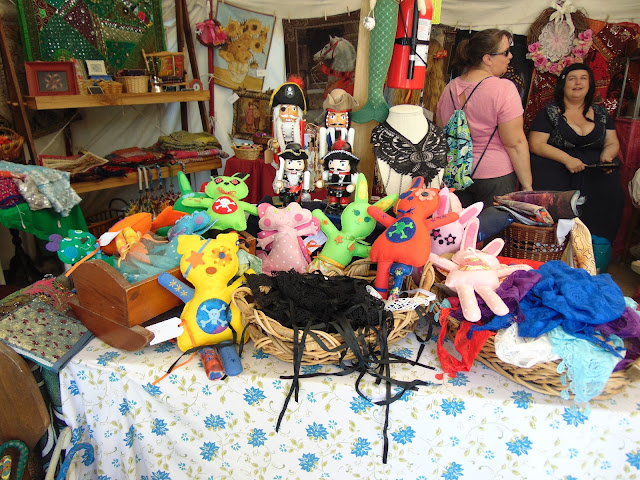 We picked up a bird whistle, a magical wand, a mood ring, a mood necklace, and of course, some fairy stones — because Fantasy Weekend wouldn't be complete without fairy stones.

It's always sad to have to leave the faire because it truly is a magical place. It won't be long before I start counting down the days until our next visit to the Ohio Renaissance Festival!

Thinking about attending the Ohio Renaissance Festival? The faire runs until October 27, so it's not too late to get your tickets!


Save 25% off adult and child tickets at the 30th Annual Ohio Renaissance Festival when you use PROMO CODE usfamily19 at http://www.renfestival.com. The faire runs from August 31 to October 27, 2019.

Leave a Comment
submit a review Join our blog team