$2 Off Admission to the This Is The Place Heritage Park

$2 off per person. Present this coupon at This Is The Place Heritage Park or use the code FAMILY online (https://www.thisistheplace.org/tickets/). Not valid with any other coupon or offer. …
View

This Is The Place Heritage Park Coupon 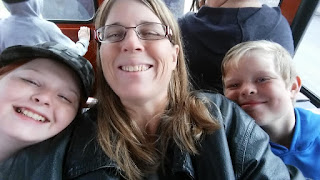 We have had an amazing Easter weekend so far! 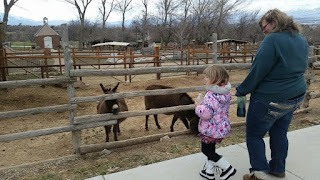 On Friday morning we drove over to This Is The Place to see all the baby animals. I was afraid it was going to be too cold or rain on us, but even though it was a little chilly, the weather was beautiful and we had so much fun. We started on the train and rode it halfway around the park before we got off near the farm.

The first pen held several piglets and my city kids were totally smitten. My sweetie had to patiently explain that this kind of piglet grew into large hogs, and they were only cute for a little while. 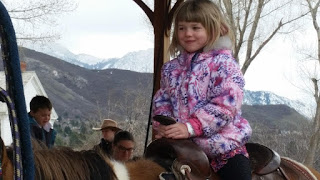 The next stop was the pony rides which were included in our passes. The lines were short and the kids were so excited. Scout just barely sneaked in under the height limit, so she, Baby Doll, and Curly all got the chance to sit in the saddle.

After that we visited the baby chicks (and one pooped on Drama Queen's hand!), we saw ducklings, bunnies, and puppies. They even brought out a baby goat or a kid as my sweetie pointed out so we could touch its soft ears. 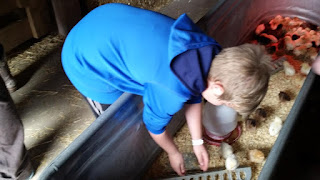 Then it was time to enjoy some of those amazing Brigham's Donuts. 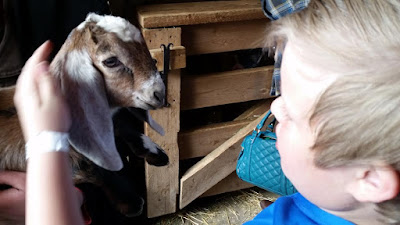 Another train ride and we got off at the Indian Village which happened to be under constructions so we rode the small train around the pond and the kids climbed all over the pirate ship. My sweetie wanted to break a geode, so we purchased a pretty good-sized one and put it in the machine. The kids were thrilled with the beautiful white crystals in each half of the rock. 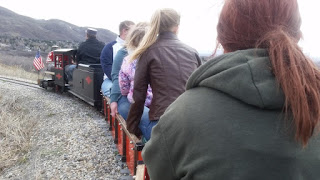 One last train ride took us to the Brigham Young Farmhouse where we enjoyed a lengthy tour. It was about then that Scout realized her cap was missing. The boys remembered leaving it in the pirate ship, so Curly, Scout and I made our way back to the Indian Village while the others visited the candy shop. 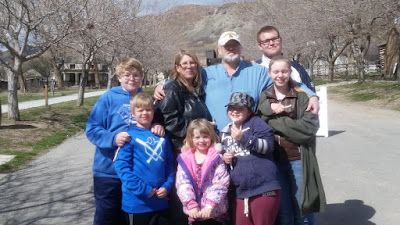 We retrieved the cap and then met back up at the main gate. The kids sucked their candy sticks all the way back to the van and for most of them they lasted all the way home, but the memories will last for much longer than that. I strongly recommend a visit to This Is The Place, especially like me if you are raising "city" kids. You won't regret it.

***We were given six free passes and six dozen donuts for our honest review of the park.***